What is Docker Container?

Isolated area of an OS with resource usage limits applied. 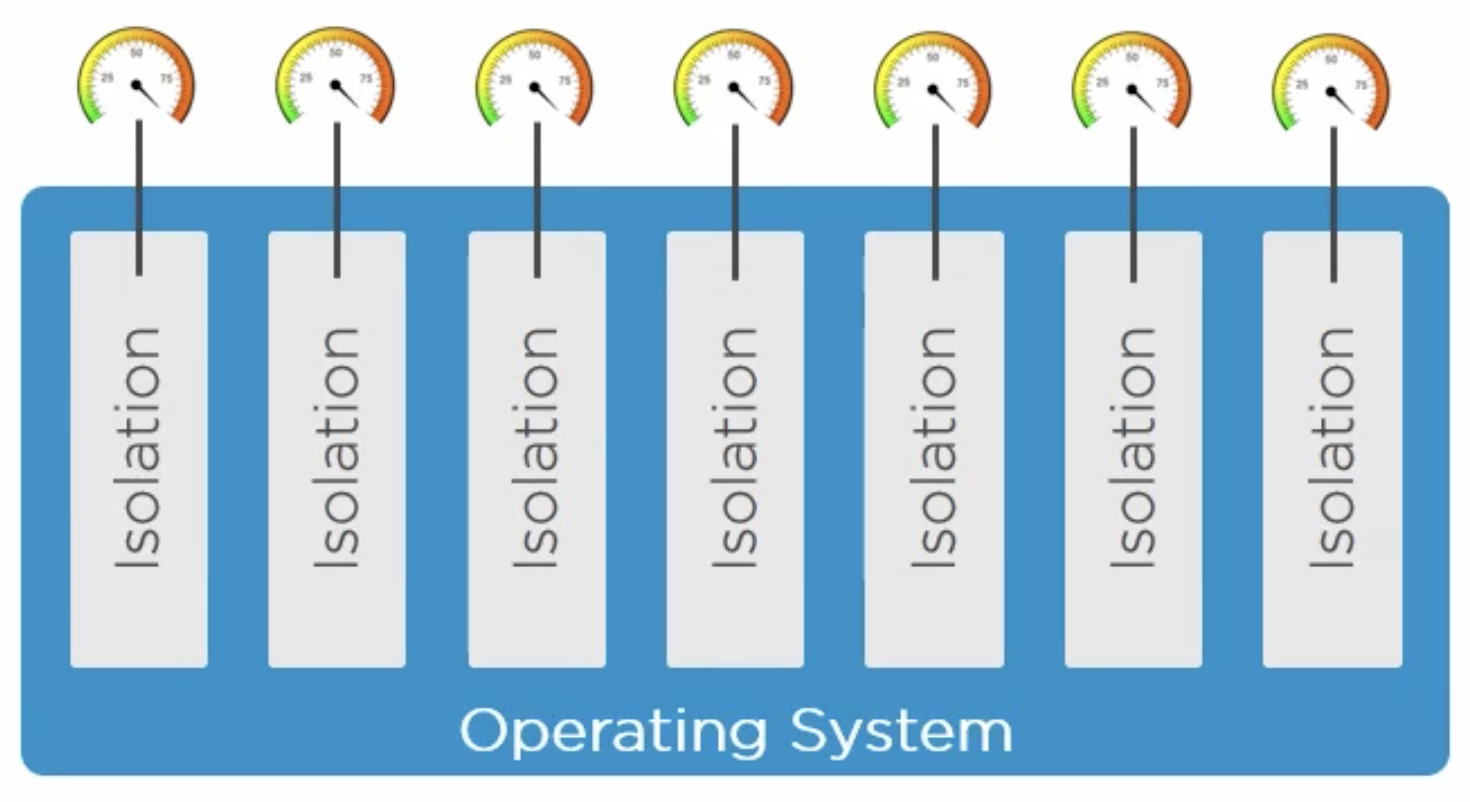 There are two main building blocks of containers: Namespaces and cgroups (Control Groups).

What are Namespaces and Control Groups?

Namespaces are used for creating isolation on OS and control groups are all about setting limits and grouping objects. They both are linux kernel primitives (also in Windows now). Because of isolation, containers are not aware of each other even if they are running on the same host OS.

Following is the Linux namespace:

Now, when there are many isolated containers on a single host OS, there might be a problem of resource crunch (One container using too many resources (memory, disk space etc.)). To limit the resources each container uses, Control Groups are used. 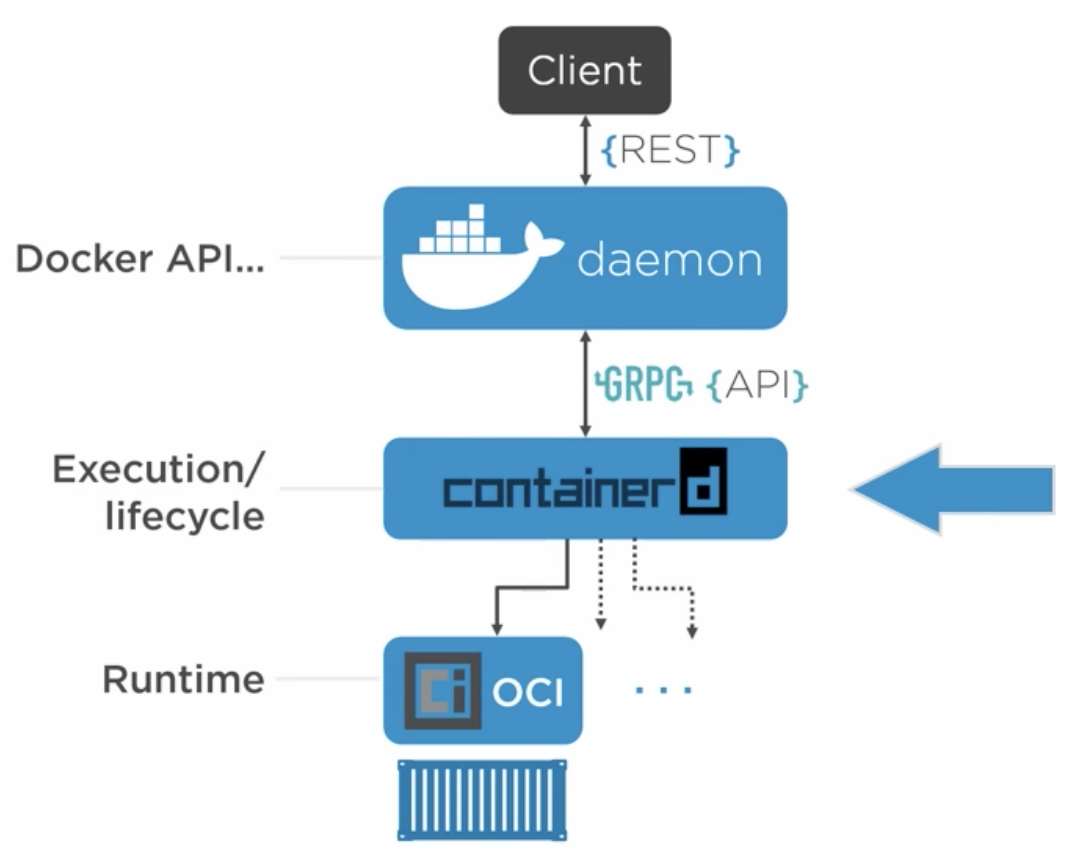 We interact with docker client via CLI (or UI) and it makes API calls to docker daemon, which implements these APIs and listens for docker client. ContainerD handles execution/lifecycle operations like start, stop, pause and unpause. OCI (Open Container Initiative) layer does the interface with the kernel.

What happens under the hood when we create a new container on Linux?

When the command is fired from CLI by the user, it makes an API call to the docker daemon, which then calls containerD via GRPC, which further calls shim process and runC. RunC spins up the container and exits, however shim remains connected to the container. This is also the case when multiple containers are spun up. 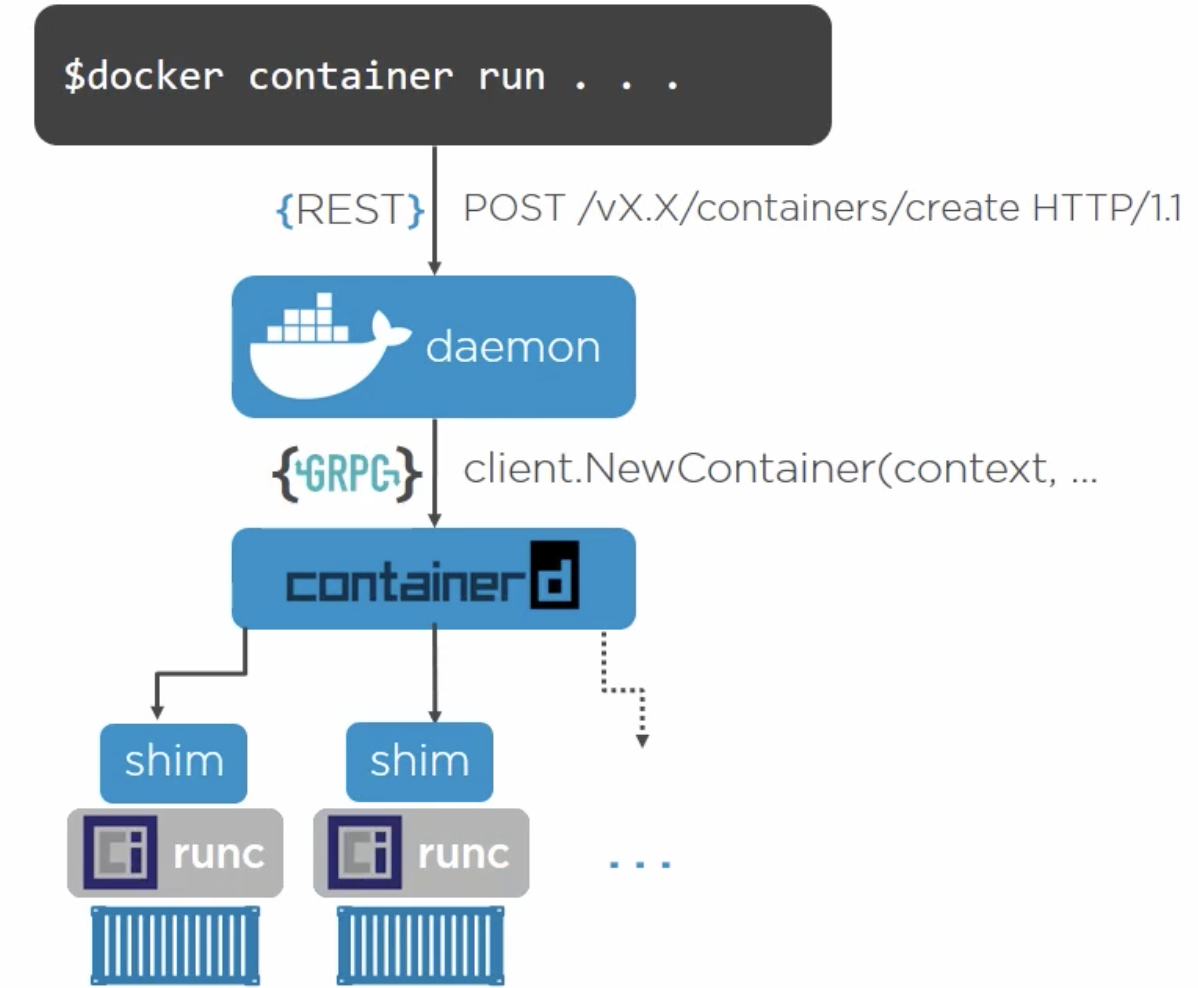 There are two types of logs:

We can set the default logging driver for the container from the “daemon.json” file. With this approach, it’s easy to access the container logs using command “docker logs

Useful Commands and their details